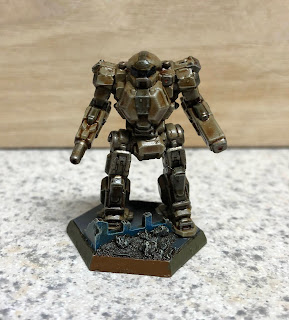 In homage to the now hidden blue resin that this was printed in, the ruins on the base were painted blue. 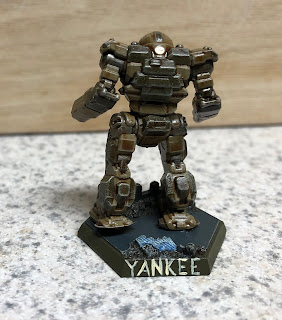 As promised in my last post, I painted up my Enforcer that took down the executioner with a lucky headshot. It seemed dumb to leave out it's lance mates, so they're in progress too...well, most of 'em. The Charger, deserves paint  for sponging a hideous amount of damage whilst refusing to simply die. However it's destined to go with The Buffet Assault Group, and as I lack their primer color currently, it remains in the mini case. Instead it was replaced in the lance by a Hunchback HBK-4SP.

The Vallejo camo beige that these are all base coated with is anything but opaque. Thus, three successive coats were needed to achieve a consistent opacity. Thus whilst they were drying, I painted up a Clan Wolverine Zeta Galaxy Hoplite. This is a conversion to represent the Operation Klondike era HOP-4Cb, which is armed with a gauss rifle and SRM-6. I also painted up a base of motorized infantry to match which took no time at all. 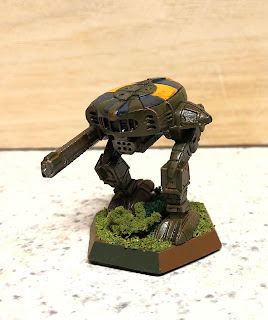 Stomping it's way thru the underbrush... 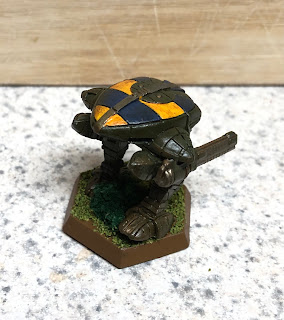 That yellow is such a bitch that I only added the accent stripes across the top side. 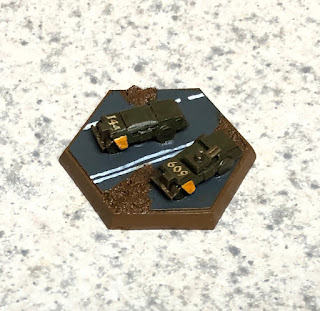 These are technically 10-ton wheeled APCs, but they're Savannah Master sized, so I used them as motorized infantry.